LoA2 strategy:7 Ways To Get The Most Out Of X-Server Expedition

X-Server Expedition is the pinnacle of Guild warfare and theultimate test of your Guild’s strength and unity. This mode is only open from4:30PM - 11:30PM each day of the event, so players must log in within that period to participate. Guilds are encouraged not to miss it since the rewardsare substantial, especially the Guild rank reward which benefits the entireguild. Of course players will also be rewarded for individual excellence. But how do you maximize your chances and rewards in X-Server Expedition? Thefollowing 7 tips will surely push your Guild to the top! 1. Plan ahead by using Guild Mail The Guild Leader andDeputy Leader determine when the an X-Server Expedition battle starts duringthose 7 hours, and should make sure all guild members are well informed of theexact time. Using the Guild Mail system well in advance so members can plan their schedule. Keep in mind the different time zones your members are in and pick a time frame when most of your members can log on. Remember, there’s strength in numbers! 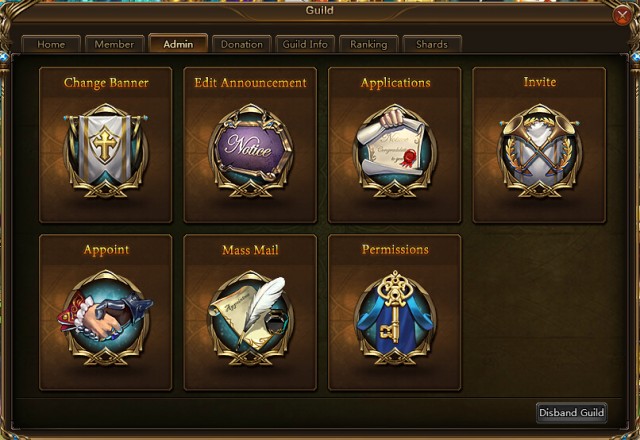 2. Don’t miss out on Expedition Tasks
Before starting battle, the Guild Leader or Deputy Leader should always accept Expedition Tasks. The rewards for Tasks are quite substantial.While winning a challenge earns 2000 Guild Crests, competing a Task earns 3000 Guild Crests and 30 Enchantment Stones. But remember, you must win the X-ServerExpedition battle to complete a Task. Just completing the Task objective is not enough. 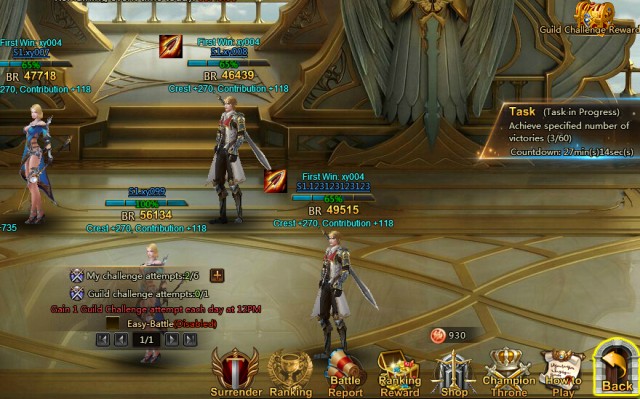 3. Smaller Guilds can defeat larger ones
Winning against an enemy for the first time will deduct 35% energyfrom them, then 30% the second time, and so forth. Ideallyit should only take 3 attempts to completely defeat an opponent. Each participating member has 6 free challenges per battle. Guilds with a small number of high BR members can defeat another guild with up to 2x as many participants by dealing maximum damage each challenge, and earn great rewards.
4. Even members with low BR can contribute
Even if a member fails to defeat an enemy, they will still reduce that enemy’s energy by 10% just by challenging them. You can have your low BRmembers fight a battle of attrition, finishing off nearly dead enemies nomatter how much stronger they are. This allows your top fighters to save theirchallenge attempts for fresh targets to take away -35% energy per challenge. 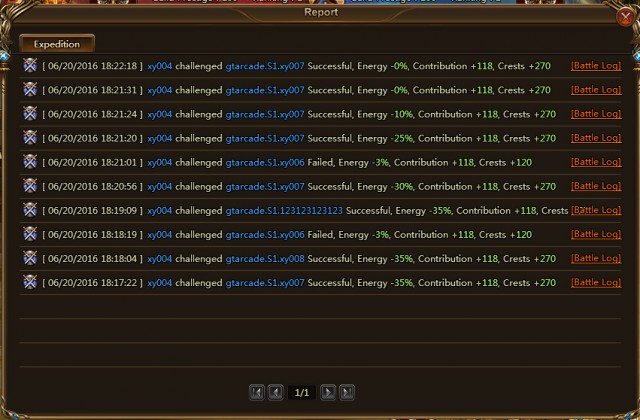 5. Defeated players(0% energy) can still be attacked
Let’s say you have an Expedition Task to get 60 wins, but the Guildyou challenged only has 12 participants. If you just defeat every enemy, that will only net you 36 wins or so. But how can you complete your Task? You can attack players with 0% energy and still get wins! The key is to leave some enemies alive and attack the players with 0% energy until you complete your Task, then you can finish the battle.

6. Guilds get 1 challenge per day of the event
Each guild receives 1 challenge attempt per day of the event, and these will NOT accumulated if unused (unlike X-Server Domination). However additional challenge attempts can be purchased to offset any missed days. Even losing 1 day out of the 5 days will jeopardize your guild’s chances of getting into the very important Top 50 Guild ranks, so plan your time and choose your opponents carefully. 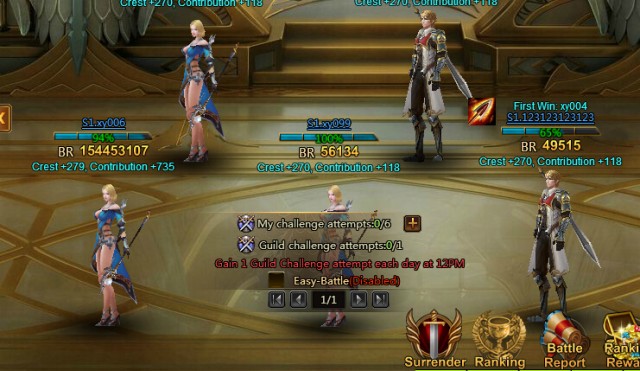 7. Even Individual Super Reward requires the support of your guild
If you want to get the Individual Super Reward,you have to rely on the strength of your guild. Your guild’s Rank is an important factor in calculating Individual Super Rewar. Take a look at the example below:
In this table, Player C will get the highest Guild Rank reward andIndividual Rank reward, but Player A will not get any special rewards becausehis Guild did not place top 50. Player A most likely has much higher BR thanPlayer C, and probably has purchased more challenge attempts, but in the endhis guild performed far worse than Player C’s. Player C was probably a betterteam player and pushed his/her guild to the top. Remember, X-Server Expeditionis a Guild PvP event, so focus on how you can help your guild. 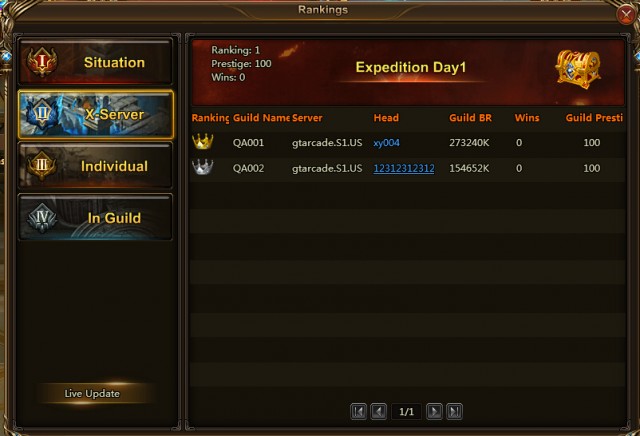