Noelle, avatar of the winter, is brave and strong with a cold heart. With snow-white hair, she likes wearing blue and white dress and boots. As one of the strongest guardian angel, Noelle possesses the power of controlling snow to the world, as long as she has her magic wand with her. Her wand releases a special skill to hypnotize creatures when she whispers a heavenly chant at the same time. Sometimes her snows can arouse the children’s laughter, and sometimes they become her deadly weapon. Like the other guardian angels, Noelle was not allowed to fall in love with the mortals. She has never broken this rule until one day when she saved a young man from an avalanche, and found he was a warm-hearted man. The longer she stayed together with him, the harder for her to leave him. However, this man was a spy from the dark world, who was sent to steal her magic wand. When she was finally aware of it, it was too late. And she got punishment from the Lord of Guardian Angels. Heart-broken and full of hatred, she started her plan of retrieving her wand as well as the revenge. Now she is coming with icy snow. Be aware, or you will be frozen! 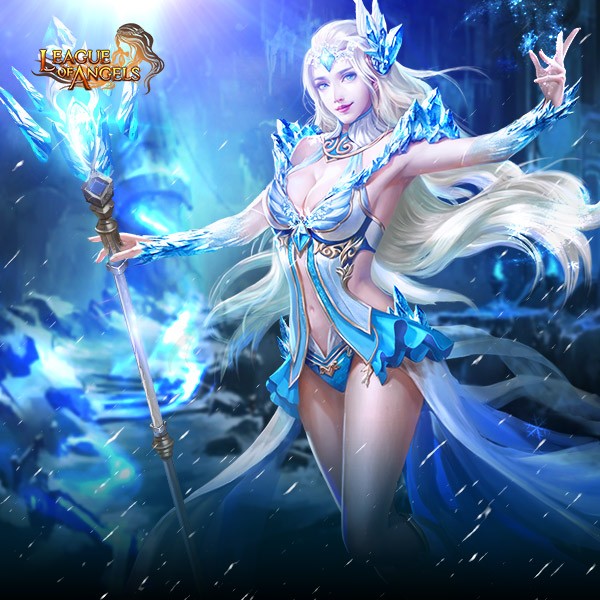 As we continue to develop and improve League of Angels, new updates may slightly change the appearance or effects of systems and classes in-game. Where any discrepancy between game and guide occurs, in-game data shall take precedence. If you discover any errors, bugs or inconsistencies please contact us immediately and we will fix it as soon as possible.

About GTArcade:
GTArcade is a leading developer and publisher of free online games. With its guiding principle of “sharing simple joy,” GTArcade has created award-winning MMORPG and strategy games for browser and mobile platforms around the world. Visit www.GTArcade.com today and play all our games for free! Partake in the gaming experience of a lifetime!