The Divine Hunter contains the power of millions of stars within him. When the universe was created, he was given a very important task: to find and hunt rogue Gods who disobeyed the laws of the universe. Throughout the ages, he hunted and annhiliated countless Gods, some of them powerful enough to challenge the universe itself. Feeling that he was becoming too powerful, the Gods united and expelled the divine hunter to the world of the Angels. Though he remains as powerful as ever, the Divine Hunter is trapped in this pitiful world, swearing that he will have revenge on the Gods who betrayed him and the universe he has served so loyally since the beginning of time. 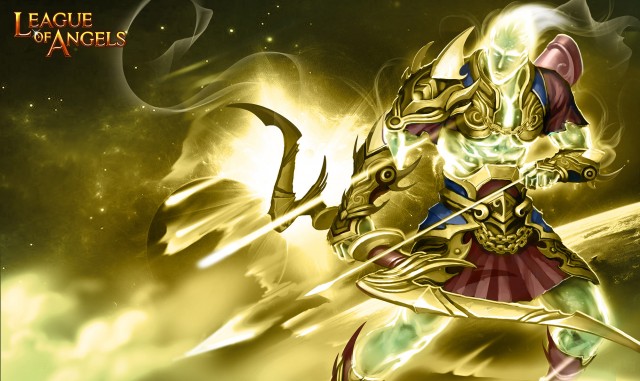 
As we continue to develop and improve League of Angels, new updates may slightly change the appearance or effects of systems and classes in-game. Where any discrepancy between game and guide occurs, in-game data shall take precedence. If you discover any errors, bugs or inconsistencies please contact us immediately and we will fix it during the next update.

About GTArcade: GTArcade is a leading developer and publisher of free online games. With its guiding principle of “sharing simple joy,” GTArcade has created award-winning MMORPG and strategy games for browser and mobile platforms around the world. Visitwww.GTArcade.com today and play all our games for free! Partake in the gaming experience of a lifetime!