Magerealm, the smash hit free to play, browser-based 3D MMORPG from GTArcade, has just released a brand new team-based PvP mode: 5v5 Arena! Based on the classic and beloved Capture-the-Flag game type, 5v5 Arena pits 2 teams of 5 players against one another in a strategic battle to capture flags. Players must work together as a team to outsmart and outplay their opponents if they want to claim victory in this epic team brawl. Teamwork is the name of the game in 5v5 Arena!

Players that join 5v5 Arena are placed into a system queue. Once 6 players are available, the system will split them into 2 teams (Red and Blue), and continue to search for more players to start a match. After 3 and a half minutes, if there are not enough players to fill the 10 slots, the system will add AI bots to fill the rest and start the match. If there are 10 players in queue, a match will start immediately. 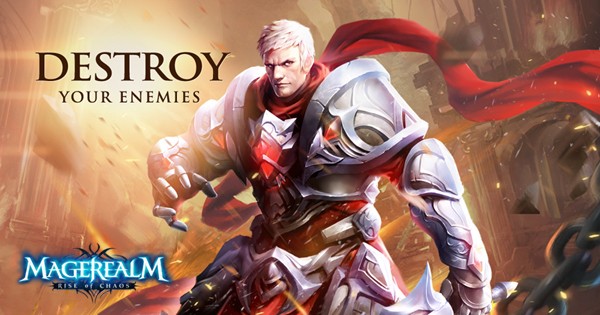 Rules Of The Game

A neutral flag will spawn on the 5v5 battlefield that any player can pick it up by clicking on it. After successfully picking up the flag, an icon will appear above the character signifying they have become the flag carrier. The flag carrier will have their movement speed reduced by 50% but gain immunity to negative status effects. If a flag carrier is killed, the flag drops where they died and anyone can pick up the flag. A team scores when they bring the flag to their team’s flag capture point. Flags will respawn 30 seconds after each capture, until the end of the match. There are also runes to be found around the battlefield that will provide buffs such as healing and increased damage, so be on the lookout.

5v5 Arena is a points-based competition. Each flag capture will earn 1 point for a team. The team with the most points at the end of a match will be declared the winner. If neither team manages to capture a flag (score of 0) by the end of the match, the winner will be determined by total player kills of each team. 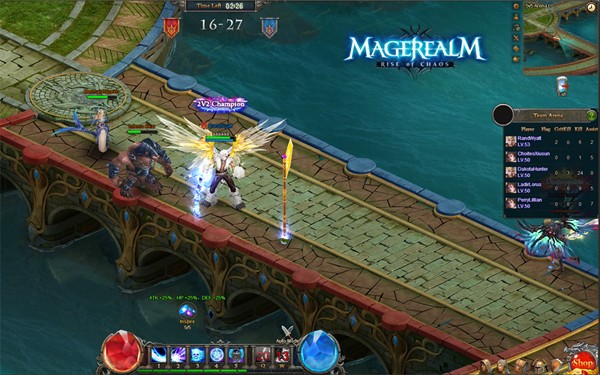 There are infinite strategies to deploy in 5v5 Arena. Maybe a lightning-quick offense to catch enemies by surprise? Or perhaps an impenetrable defense to win by attrition? How will you achieve victory? Try Magerealm’s exciting new 5v5 Arena today!