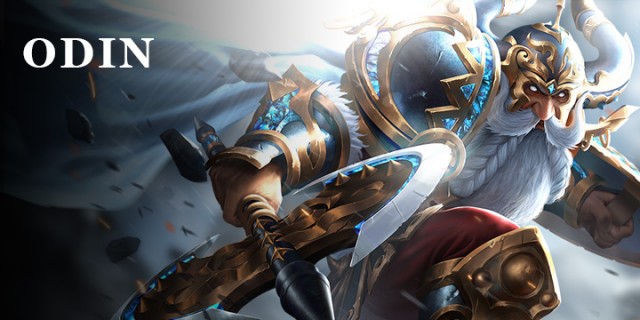 One of the generals under King Palmer, his iron will and eternal loyalty won him the name of“Right Hand”.

During the“Chaos Wars”King was killed by demented ally king Freeman. Spirit of Palmer informed Odin of this misfortune. Enraged, Odin fought Freeman but was defeated by the dark powers that controlled Freeman.

To preserve the alliance, Odin suffered his defeat in silence, and kept his king's fate to himself. He led his army East. On the way he came upon a mysterious gem. It gave him power to summon a might as strong as the mountain. His defence became unbreakable, his followers addressed him from then on as “Heart of Mountain”.

[Force of Nature] Deploy with Flora to gain 12% HP