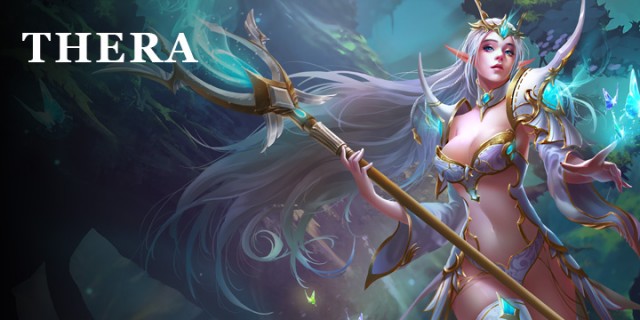 After experiencing“Chaos Wars”and“New World Project”, the Elves fell from power; even their gods abandoned them. Shrines fell into ruin, clerics left the altar, only Thera was left.

To seek the old god's favor once more, Thera set off on a pilgrimage. One the way, her mercy and forgiveness stopped many conflicts, restoring peace wherever she goes. The gods were moved by what Thera accomplished and decided to return to Sapphire, bringing salvation to the Elves.

Thera on the other hand was granted the position of keeper of the Lunar Shrine, holy sanctuary of the Elves.