Under the rule of the Supreme Angel, the continent entered a golden age of prosperity. Under the peace and progress a dark and powerful evil was born--Anarchy. Anarchy is an entity housing all the spirits of those who died in the previous wars. Desiring the Divine Edge, Anarchy started a empire-wide war.

To preserve the hard eared peace, Bernice led her forces into battle against Anarchy. The battle was so fierce that Bernice and Anarchy both fell into the Eye of Destruction. 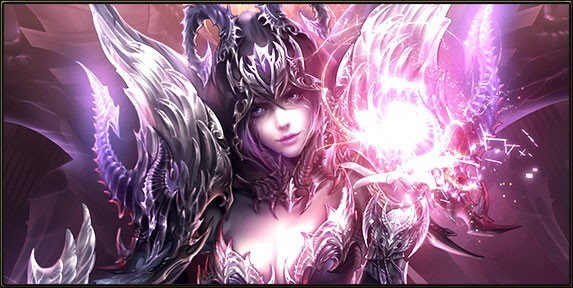 Bernice's will left Fortuna in command of the Angels.Tanya, who had high hopes to take up Bernice's mantle, left the Angels in fury.

In her aimless wandering, Tanya met the love of her life——an ordinary Human. This caused the indignation of the 'Celestials', an unique Angel Organization.

Consisting of powerful intellectuals, 'Celestials'is a group of Angels that guide the race's technological and cultural advancements.One of their priority is to make sure no Angel has an inter-racial child. There has been cases where such a child's unstable power caused catastrophes. This is exactly the purpose of the“SEED Regulatory Commission”which has the power to review and judge all Angels.

Concerned for her sister's fate, Fortuna hoped to convince Tanya to abandon her forbidden love. Still bitter about not becoming the Supreme Angel, Tanya refused to end her relationship with the Human, vowing to defend her love till death. Fortuna had no choice but to leave.

Months later, Tanya's love was cursed by evil and his soul was lost to suffering. Faced with great pain, Tanya lost a little bit of sanity she had left. Darkness told hold of her, shadow consumed her bright wings. In the end, she became what she hated the most, a monster of darkness, Tanya became the Dark Lord.

To stop the Dark Lord, the Angels fought her for 7 days and 7 nights. Finally,under the unified might of the Angels, the Dark Lord was captured and subdued.
It was a bloody battle, almost all of Paramount was leveled. SEED covered up the truth by blaming an experiment went wrong, the actual event was only recorded in the most classified documents.