War of the Kingdoms: Schedule & Rewards 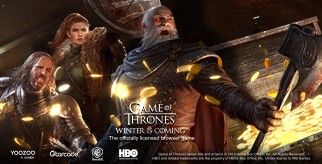 War of the Kingdoms Schedule

Please be prepared in advance, my lord. Train more troops, improve your equipment, promote your core commanders, make smart tactical plans etc. Meanwhile, special War Gift Packs containing plenty of necessary resources, speed up items and buff items will be available during the schedule, which can provide you with continuous supply and help you recover timely.

War of the Kingdoms Rewards

Players whose castles are between level 22-25 can get Black Ears Warrior Appearance Medals when they finish three stages of War of the Kingdoms Solo Challenge.

Players whose castles are level 25 and get the Top 10 highest score in War of the Kingdoms Solo Challenge can get Unsullied Appearance Medals.

Alliance Rewards and Kingdom Rewards mainly contain resources and speed up items. Besides, the winning kingdom will get more diamond mines during the reward settlement period.

JOIN BATTLE NOW in Game of Thrones Winter is Coming!