GTArcade is proud to announce our new genre breaking browser-based MMORPG, League of Angels, will be entering closed beta on Wednesday, December 4th, 2013 at 10:00 am EST. Anyone interested in participating should immediately go to the League of Angels' official website, and sign up for an account.


"The buzz generated by last week’s announcement just goes to show how interested the browser gaming community is in League of Angel’s one of a kind combat system, amazing art, and unique features" said Frances Sun, Product Manager at GTArcade. "I am fully confident League of Angels will be the leading browser game in 2014, and beyond!" 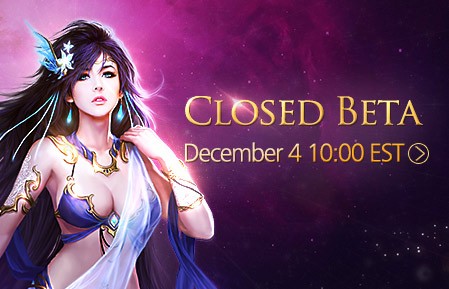 Starting this week, the League of Angels team will be providing daily updates on the games progress, as well as features available at launch. So far, we have released information on the following systems:


As mentioned before, League of Angels will be launching closed beta on December 4th. Anyone interested in playing the game, and getting early-access beta should signup at Angel.GTArcade.com.  For regular updates, be sure to follow League of Angels on Facebook at Facebook.com/LeagueOfAngelsGame, and check out our forums at Community.GTArcade.com.