In the world of Magerealm, evil is always lurking in the shadows. Not long ago, the Demon Lord had devised a way to tear a dimensional rift in time and space to summon his massive demonic legion. However, using an ancient Titan relic of Dragons, the Mage Council managed to seal the rift before it could serve its purpose. Evil was thwarted that day, or so the Council was led to believe. Soon after, a malevolent aura began emanating from the Crystal. Something was not right...
The Council discovered they had played right into the Demon Lord’s hand. From the beginning, his true goal was to corrupt the Dragon Relic and use its power to destroy the Realm. In order to do so, the Demon Lord needed a way to access the Crystal without the Council’s knowledge. Under the ruse of summoning his legions through a rift, the Demon Lord fooled the Mage Council into allowing his Wraith lieutenants to invade the Crystal.
Now the Wraiths have begun corrupting the Dragon Crystal from within. Who knows how far along they are in their sinister task, or what dangers lie in wait for those who try to stop them. The Council has ordered the most capable Mages to venture within the Crystal and banish the Wraiths before the Demon Lord’s plan brings ruin to the Realm. They must act quickly or all may be lost! 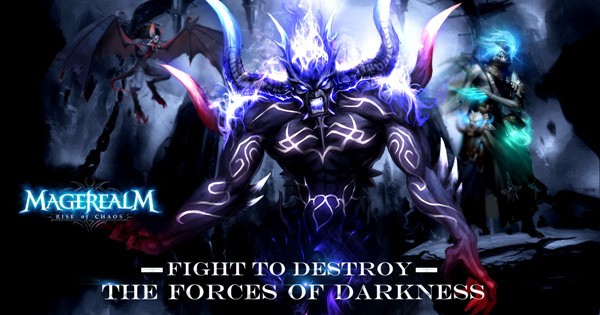 Wraith of Oaklane introduces exciting new content to Magerealm! The Wraiths are 10 challenging new bosses that will be available to players starting at level 29. To access these bosses, players must hand in Wraith tokens earned from various Hot Events and also from the Wraith bosses themselves. There are multiple difficulties to choose from, with higher difficulties requiring more Wraith tokens but offering greater rewards. Any player who participates will be rewarded when a boss is defeated, however the player who can land the killing blow will receive additional rewards. As an on-going event, when all 10 Wraith bosses have been defeated, they will return after a period of time.

The Wraith lieutenants are more cunning than anything players have encountered before. To ensure that their master’s plan does not fail, the Wraiths have conjured fake copies of themselves to fool players. There is a certain chance that a Wraith boss will be replaced with a fake boss. There are no indications that a boss is fake until it is defeated, so players will have to take their chances. While fake bosses do not drop rewards, players that land the killing blow on one will find an interesting little surprise.

For players who prefer competition of a more human nature, they will be excited to learn that the new Boss dungeons are PVP enabled. Players will be able to attack the boss as well as other players within the dungeon. Stopping the Demon Lord just became far more dangerous! Will players work together to take down the Wraiths and save the Realm, or will they battle one another to claim glory for themselves? 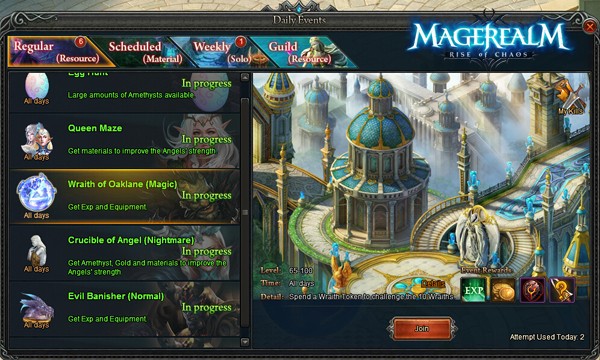 Defeat the Wraiths and restore order to the Realm in the new Wraith of Oaklane event! Band together or compete with rivals, the choice is yours! Enjoy the new event and expect more exciting content coming soon to Magerealm!