With the Summer Olympics set to open in Brazil later this week, all the athletes have made adequate preparations and are itched to have a go for the competition. News has spread to Dream Land, and all the heroes in Spirit Guardian are heading to the palaestra joining in the Olympic Sports. 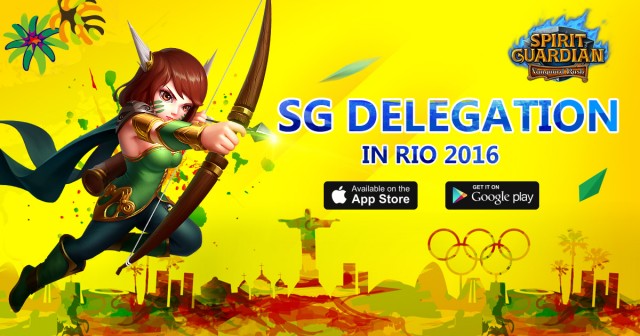 Archery first appeared in the Olympic Games in 1900, was contested again in 1904, 1908 and 1920, then again, after an absence of 52 years, from 1972 to the present. The most decorated archer in Olympic history is Hubert Van Innis of Belgium who competed in 1900 and 1920, winning six gold and three silver medals. This time, Wind Ranger from Tempest World, the best archer is going to participate in the Olympics, all the battlers begin to wonder whether she can get the medal.


Weightlifting was part of the first modern Olympic Games in Athens in 1896, with women joining in at Sydney 2000. The ultimate test of strength, athletes can lift up to three times their body weight. Sledge, as the representative of Power in Western Myth, he lifts his giant fist and heads to the medal.


There are so many other heroes in Spirit Guardian waiting in lines to join the Rio Olympics and they are showing their best talents and skills to prove themselves in-game. Battlers, we can’t all stay glued to our TV sets for 17 days straight, so if you are tired of watching TV, grab your cellphone and join the Spirit Guardian. There you can find another gland competition.