The Best CP in Spirit Guardian

Rio Olympics 2016 has drawn attention from people all around the world. Medal-winning performances, record-breaking moments and most anticipated athletes are the hottest topics being discussed by the public. There is also one trend occurring that people pay much more attention to the bromance between male athletes, China’s Sun Yang and Korean Park Tae-hwan has been considered to be a “CP” in the field of swimming. Cases are not rare in the field of entertainment, sports as well as in real life. Spirit Guardian, abundant for the variety of heroes, is also on the list of generating bromance among all leagues. Let’s have a look at the best CP in SG. 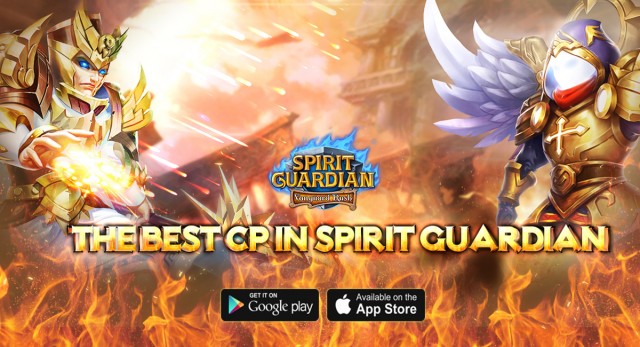 In the magnificent history of the Three Kingdoms, the combination of military adviser
Blackfeather and Whitefeather has played a rather important role. Being the same intelligent counselors, the love and hatred between these two talents bring about a series of popular stories in history. This has contributed to the appearance of Blackfeather & Whitefeather CP, and the bromance can even been seen from their names. The affinity that Blackfeather together with Whitefeather, HP increases 40. As the auxiliary type of hero, they adopt the witty strategy and gain much benefit for Lords of War.

Thor & Loki: the Blending of Good and Evil

The Marvel brothers of Loki and Thor are given significantly different temperament. One is full of justice but obtrusive, and determined to become the guardian; the other is ready to challenge the Order of the Universe. Loki and Thor, sometimes contradict with each other, sometimes help each other out have composed an ambiguous loveline. Thor together with Loki, increases 40% HP. Thor leaps and smashes the ground with his mighty hammer while Loki immobilizes and supresses his target. They two combine and fight for the honor of Western Myth.


Hundreds of hero descend to Spirit Guardian, and perform an affinity entanglement and a lot more CP can be discovered. Which CP do you like best and how do you like them fight in the battlefield?