League of Angels is happy to announce the release of a brand new Angel! Introducing Kali, a mysterious and powerful Angel and one of the main characters of LoA2 (also known as Theresa). She has been a fan favorite since her debut and now Kali has arrived in LoA!

Kali is the only one of her kind, a hybrid between Angel and Dragon. She has the same blood as the Prime Angel and the Dragon King flowing through her veins. As a child of two ancient rival races, her life was filled with conflict and uncertainty.

Since her birth, her heritage has kept her alienated from both races. Her mother was forced to raise Kali alone in isolation. Although she suffered many hardships, Kali's experiences are what molded her into the independent and rebellious Angel she is today.

As Kali matured, her great powers began to manifest. The combination of both Angel and Dragon blood in her veins has given her strength far surpassing that of Angels or Dragons. In these dire times, Kali has put aside her differences and joined the League of Angels to fight against evil. 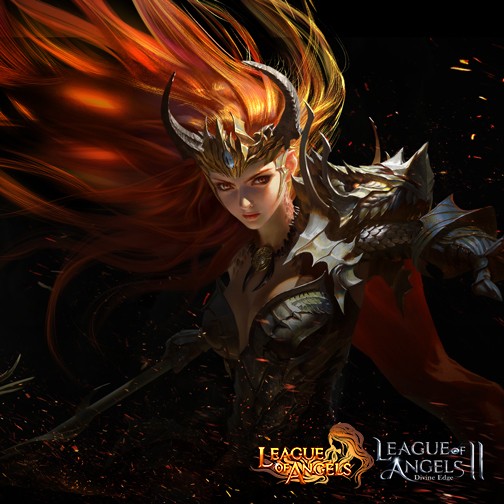 We hope players are excited to have Kali join the League of Angels. Please look forward to more great content coming soon!

League of Angels is a free to play MMORPG featuring strategic combat and beautiful visuals, making it one of the best online games in its genre and awarded “Best Browser MMO of 2015”