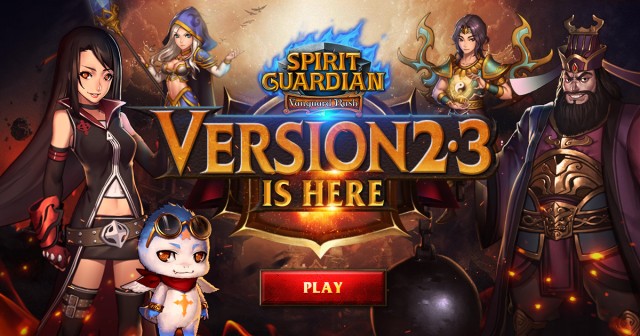 1.New Guardian system
Guardians are unique creatures created by the Dreamer and have spread to all of Dreamland. Heroes that can tame these Guardians will receive their protection and aid in battle. There are a number of ways to cultivate your cute Guardians, so take great care of them and they will prove to be immensely helpful allies for you!
1) The Guardian system is unlocked at level 54. Guardians provide deployed heroes with bonus stats and battle skills in PVP.
2) Guardians can be upgraded up to Rank 10 and 10 Stars
(train Guardians to increase their XP, when XP reaches max of current level the Guardian will increase 1 Star, when the Guardian reaches max XP at 10 Stars, they will upgrade 1 Rank).


2.New Starlight system
Version 2.3 introduces a new Starlight system to give your Heroes new Fusion Skills! (advanced Ultimate skills)
1）The Starlight feature is unlocked for specific Heroes when they reach 7 Stars.
2）Starlight has 20 levels, you can upgrade 1 stat at each level. Reach special levels to illuminate a Fusion Skill.
3) Fusion Skills work similarly to Ultimate skills. When you meet the requirements to use your Fusion in battle, you may unleash its devastating power. If requirements have not been met, you will release your normal Ultimate.
In Version 2.3, the first heroes to gain Starlight are:Zeus, Arwen, Revenant, Wargrider, Tripitaka, Naga, Whitefeater, Silverspear, Athena, Mikael, Lunar, Apollo, Emperor, Blackfeather, Lord Black, and Ancestor Xi. More will be coming soon so stay tuned!


Spirit Guardian is introducing a new game mode! Treasure Raider is a monopoly-style game where players can explore new lands in search of hidden treasures! 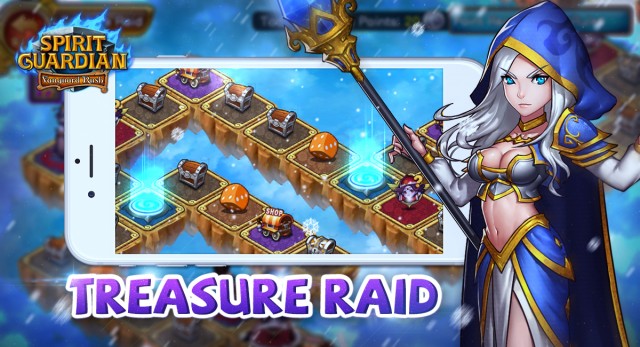 1）Unlocked at level 42, explore mysterious lands to uncover their treasures!
2）Roll dice to determine your movements on the map. You will explore the grids you land on, which can be anything from treasures chests to bosses to battle!
3）Players get free attempts to explore each day, but can also purchase more attempts. There are a limit to how much you can explore per day. Attempts will restore daily at 3AM server time.
There are Endless treasures awaiting you to discover in the new Treasure Raider! Become a master explorer and unlock all the mysteries of this new mode!


*Puzzle Gate
Puzzle Gate is a daily dungeon PVE mode where players can battle through Gates with monsters of varying difficulty to earn Guardian resources. 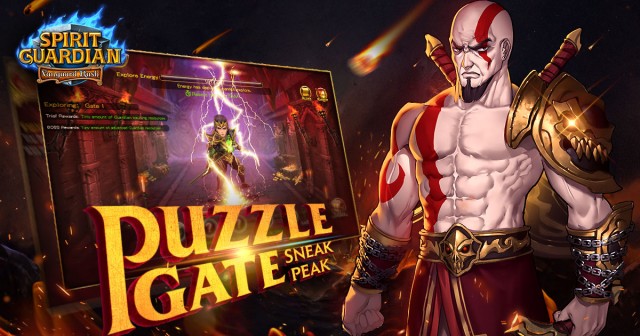 1）There are many Puzzle Gates, each Gate has 5 challenges (4 normal stages and 1 boss stage). Only by passing all 5 challenges can players open the treasure vault and move on to the next gate.
2）Each Gate has a level requirement to unlock, work on leveling up if you want to access more Gates.


3）Each Gate has a Vault at the end with great rewards, the higher the difficulty, the greater the rewards. Good luck, Dreamers!


When Guardians are not fighting, they like to play Puzzle Link! The game is easy to understand, simply connect the same Guardians together to score points! This system is unlocked at level 26. 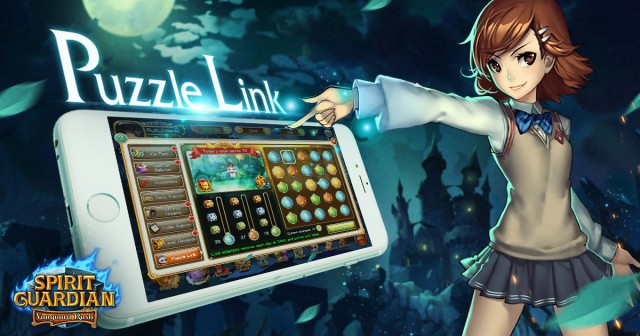 1）Match 4 of the same Guardian to clear them and get points. Different types of Guardians reward different amount of points and rewards.

2）The more Guardians you clear at a time, the more points you will get.


14) Items in backpack now show if they are equipped and by which Hero.