New Age of Battle Pets: Create Your Legion of Pets!

Battle Pets are mystical creatures that have recently appeared on Sapphire one after another. Perfectly suited to be faithful companions for adventurous Heroes, many players have seeked to unlock the true potential of their Battle Pets. Check out all the new features coming to League of Angel II’s Battle Pet system and watch your B.R. skyrocket! 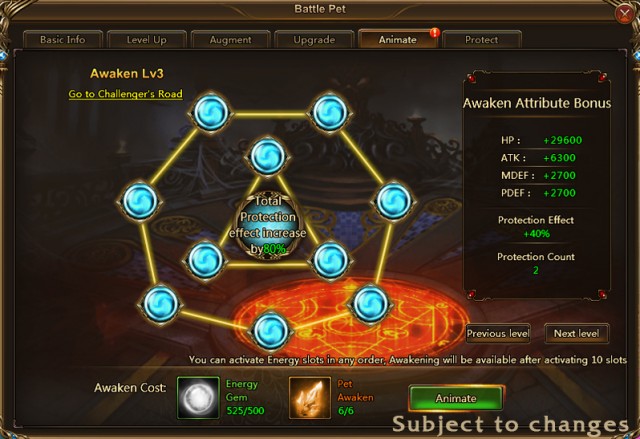 As Pets begin to unlock their dormant powers, some amazing changes to Pet appearances are coming as well! 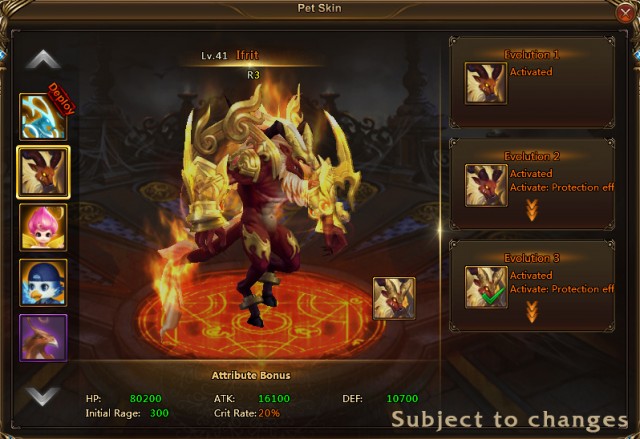 Battle Pets are loyal companions, more than willing to protect your Heroes in battle. Their blessings bestow important attributes for players to boost their B.R.! 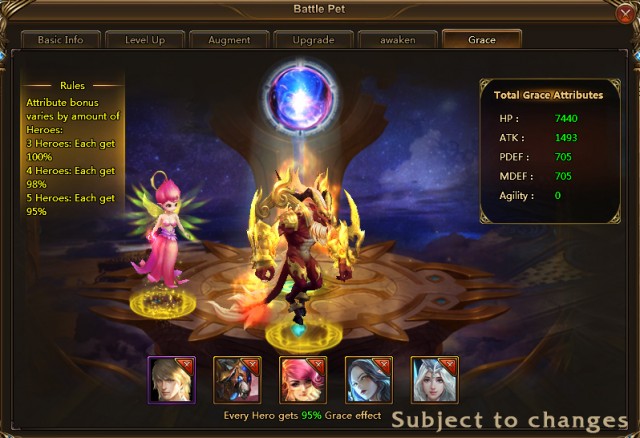 The attributes of all Pets participating in Pet Grace will be totalled and split evenly to Heroes in the squad. Pets’ attributes, Grace effects, and Evolution level will affect the total attributes of Grace!
Note: Players need to add at least 2 Heroes to their squad to activate the Pet Grace feature.

League of Angels II is excited to usher in a new age of Battle Pets! Experience the epic free to play MMORPG now and let your mighty Battle Pets lead you to victory!